What is Focus Magic?

Focus Magic is software that uses advanced forensic strength deconvolution technology to literally “undo” blur.  It can repair both out-of-focus blur and motion blur (camera shake) in an image.  It is the only software that can significantly recover lost detail from blurry images. 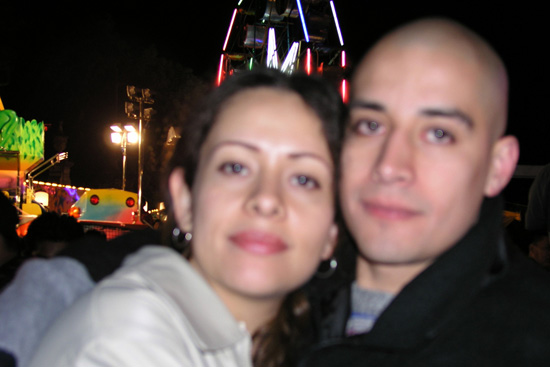 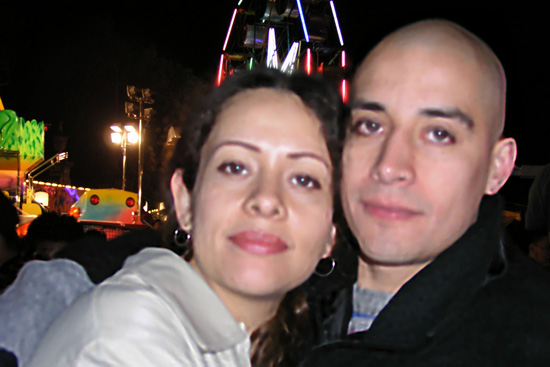 See the tutorial for this image

The World's Most Accurate Sharpening Software

We spent an hour taking deliberately blurred photos of a porcelain parrot (see left).  This included out-of-focus images and motion blurred images with many different degrees of blur.  We then fed them through lots of software applications.  A small zoomed-in section of the image is displayed for your comparison.

*   Photoshop Shake Reduction Filter – We used the manual settings (with the Blur Direction tool on the left in the filter) because the auto-detected settings were very hit and miss.  The auto-detected values ironically do not have a distance and a direction and the blur correction seems to be applied in “all directions”.

**  Other Products – There are lots of other products with a sharpen filter. All the other ones that we are aware of use the “Unsharp Mask” method similar to the Photoshop Unsharp Mask filter shown above. The way they work is quite simple. They blur the photo a bit more, see how each pixel has changed, and then change the pixels in the opposite direction. For a small amount of blur this works OK, but for more significant blur, it just doesn’t work.

"Your software is absolutely 'Magic'. I scanned several old family pictures, and am astounded by the improvement in them by putting them through Focus Magic. An excellent product. Will there be upgrades? If so, will you notify me? Great product - if you require commendations for advertising purposes, please contact me. I will most certainly recommend your product to anyone who uses computers for digital pictures."
Rodney Taylor 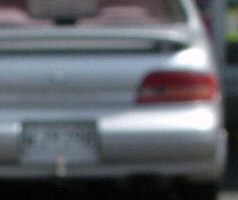 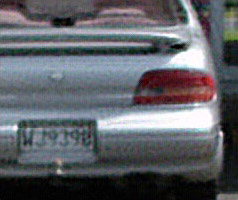 Focus Magic is the only software available that can recover the license plate shown. It uses the most sophisticated deconvolution technology to literally “undo” blur. 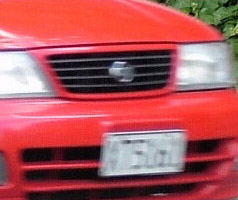 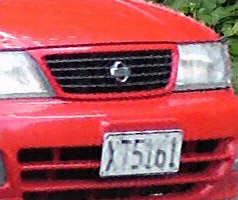 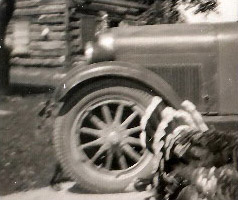 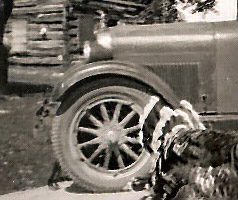 Use Focus Magic to enhance old historic photos which have high sentimental value. From the examples in the comparison above, you can see that Focus Magic has the most accurate algorithm for reversing the blur in a photo.

Focus Magic is used by the following organizations

Logos are copyright © of their respective owners

And it's also used globally by...

... but we've made it easy and affordable for anyone to use!

Examples from Our Customers

A few years back I was shooting skateboarders at a local park. I had the idea of shooting from below the skater so I could better see his face. So I lay on my back in the bottom of the basin and had the skater come flying over me. The trouble with this was that I completely forgot about how the autofocus would work. The skater was only above me for a fraction of a second and the camera was set up to ignore such brief changes in focus, so even with an ultra-wide angle lens the shot ended up being focused on the distant sky rather than the guy. A quick chimp at the rear screen afterwards didn’t show the focus problem so I thought I was cool and moved on to the next shot.

Back at home I saw the problem and had to leave the shot as unsavable. About 6 months later I came across Focus Magic and remembered this blurry image as the perfect test. For me the improvement is remarkable. So much better than any of the usual sharpening techniques and tools, and so I bought it and use it every now and then when I stuff up a shot that can’t be taken again.

The original raw file was converted in Lightroom. The sharper version was put into Photoshop CC and first thing I did was run Focus Magic as a layer. The correction factor was 19, so it’s at the upper end of the corrections that can be done. The other settings were left at default. I then cleaned up a few fringes using the clone tool and ran it through Nik Color Efex to correct the colour balance and give the contrast some help.

Then I downsized to 2000 pixels tall and ran Nik Output Sharpener at a fairly high setting, with the Focus slider pulled up to 30%. These are more aggressive settings than I normally use but actually made much less impact on the final image than Focus Magic. Final step was to downsize to 1000px tall using the bicubic sharpener setting and save as jpeg.

The result is greatly improved. I can’t say it’s perfect but it’s gone from an image that never saw the light of day to one that I keep on my Flickr photostream. Thanks for Focus Magic and I hope there are further improvements to come!

This was taken at the London Museum in 2005. It was impressive but in the rush to get the picture there was an obvious handshake. The photo wasn’t tossed thankfully and Focus Magic came to the rescue using Motion Blur correction at a Distance of 11 pixels and a Direction of 90 degrees.

Join the tens of thousands of people who use Focus Magic as a plug-in for Photoshop from around the world (also works in other image editing programs).

No other product even comes close in recovering license plate numbers from blurred images.

When there's a new upgrade, just download it for free. There are no upgrade fees.

You only ever need to purchase Focus Magic once - even when we make upgrades or you change your computer. It’s yours to keep for life.

For Motion Blur, select the direction and then the distance. For Out-of-Focus Blur, increase the Blur Width until the image looks the sharpest.

Restore an unlimited number of your special photos for only $95 USD.

If you try it and you’re not completely satisfied, you can stop using it and you don't owe us a cent.

We offer free email support subject to our terms and conditions.

Focus Magic Has Been Featured In...

"I just wanted to say I've been working with your program now for about 10 hours, and I must say it is the most spectacular and the most helpful software I own, and believe me I own them all. Like I've said, I have been a working pro photographer for well over 45 years with collectors and stock libraries all over the world and I take extreme pride in my images. Your software has taken my work to new heights in clarity that I thought could never be achieved without shooting very large format. I've sold your program to other pro's and will continue to tell the world."
Laurin Rinder